From humble beginnings and getting into golf to amateur success, a unique swing and making the cut in his first European Tour event as a pro, get to know Kenyan Samuel Chege. 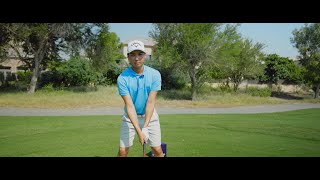